I’m often asked by those whom I support what it will take to be promoted.

The trouble with the promotion mental model is its dependence on external factors that aren’t fully within our control, specifically, the need for and capacity of an organization for layers of management.

The mental model of promotions might have been an effective KPI in quantifiable, mechanistic work from our industrial past, but knowledge or intellectual work – this is not quite the best phrasing, but I’m hoping you get my gist – isn’t easily quantifiable and is highly variable. And how and what each of us brings to this work adds another layer of complexity that’s hard to quantify.

In The Fifth Discipline, Peter Senge offers us a path forward. The path forward is a sense of purpose, of clarifying what’s important to us. The passage below is from the Personal Mastery chapter, and I think it succinctly captures how we might frame our questions around our career and practice. 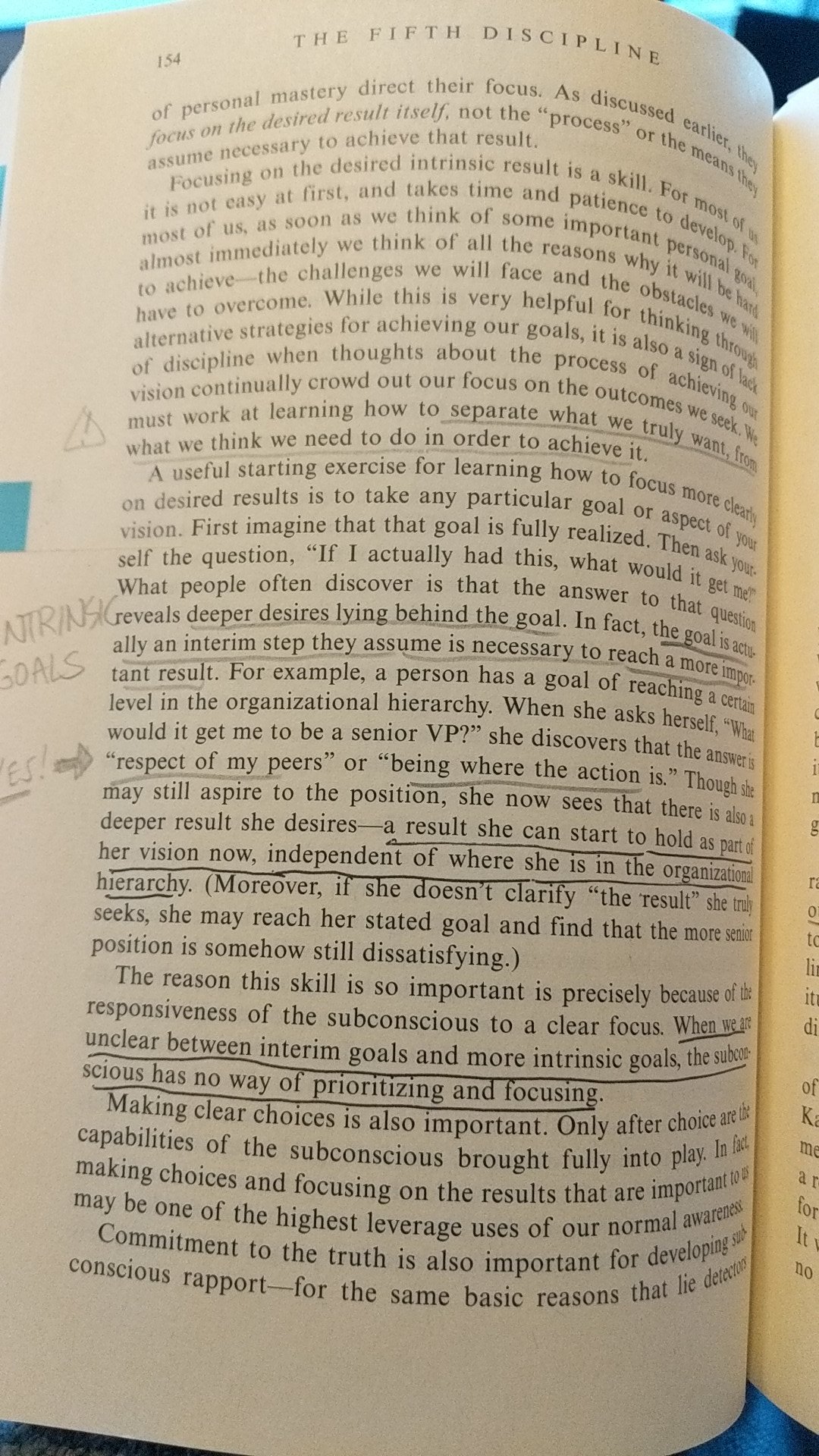 The challenge with ladders as the framing principle for growth is the dependency on external validation, which in turn is dependent on external limitation. In this framing, the narrative becomes “I didn’t get a promotion, so either I’m not good enough or my leaders don’t value me.” That may be true, but it might also be true that the organization I’m in doesn’t have the structure to support the hierarchy I need in order for me to have that role, not because I’m not good enough. The ladder model doesn’t support this interpretation.

In the infinite growth framing, the limiting factor isn’t the system we work in. The limiting factor is ourselves. In this framing, Daniel Pink’s 3-point model purpose, mastery, autonomy puts us in the driver’s seat. And unlike the ladder model, in which we risk falling off the ladder, or puts us in the mindset that we can’t pursue something interesting or meaningful because we don’t want to climb down a rung, the infinite growth model is about impact radius.

In this model, we can ask different questions: how might I deepen this part of my practice, how might I gain exposure to other domains or subject matter, how might I contribute in ways that others have not considered before? Impact radii turn ladders on their sides and we gain stability because our path radiates from the centre, rather than from the bottom.

I propose that the path isn’t a vertical, hierarchical one of climbing ladders but one of growing an interconnected network of skills, understanding, relationships, etc. We tend to ask how we might be promoted, or we chase job titles and money; instead, asking why we want those things might light a more fulfilling way forward.

What Do You Think? Cancel reply